The company is working remotely for another week! So fed up!

That must be the common feeling of many employees at Sun*, especially Sunners at Sun* Hanoi, when the remote-working period is extended for another week meaning that the work-from-home period will last for over 2 months. Are you counting down the days to get back to work as “normal”? Me too, but it’s an undeniable truth that ‘we can never go back to normal!’.

These days when Hanoi is easing the lockdown, I have seen on Facebook the promises of "Let's meet for a cup of beer someday", "Let's go to the Northwest to escape the heat and relieve stress for a few days!", etc.

I completely understand and sympathize with you. Because I myself am looking forward to the day the gym reopens to go swimming, or take my wife to eat delicious food that we’ve craved for a long time.

But then, during these "crazy" days, another question appeared in my mind:

"Stress relief, then what?"

That question kept popping up from time to time, until one day I came across this quote: 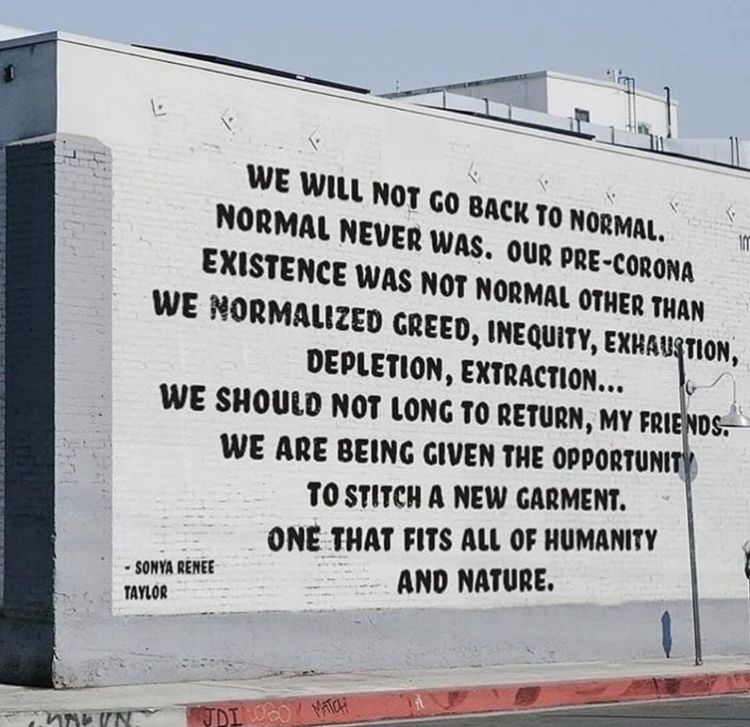 The above statement of human rights activist Sonya Renee Taylor seems "extravagant" when it refers to "humanity, nature" and great problems. But it is strangely true to us.

Indeed, if you view these COVID lockdowns as a disaster, a torture, our defense mechanisms will think of keywords like "how to endure the distancing", "what to do after social distancing", etc.

But the reality is sometimes very different from what you feel, even if this COVID epidemic ends, there are other disasters waiting for us: the new strain of bird flu emerged in China; Global warming, etc.

Maybe by the end of this July, Hanoi and a number of other provinces will be able to remove the blockades, and then gradually Ho Chi Minh City will also overcome the hardships and return to its vibrant life. Then you have fun and relieve stress, then live with the 'mindset' of the pre-pandemic period and hope that the 5th wave will come as late as possible? 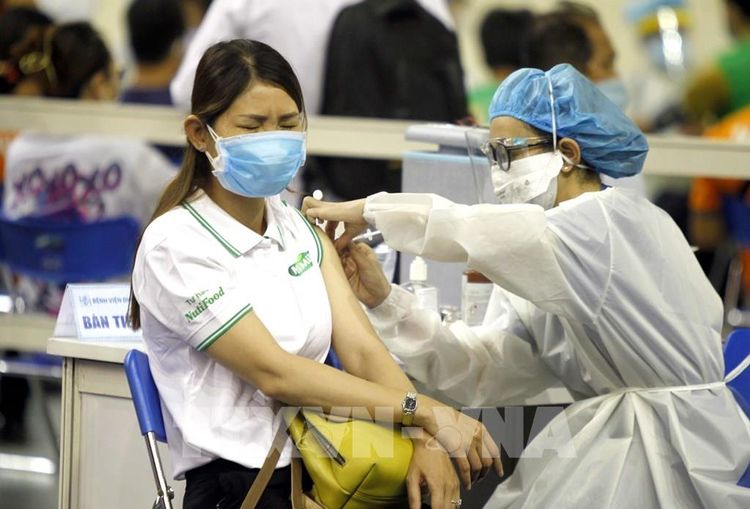 Are you going to have fun and relieve stress, then live with the 'mindset' of the pre-pandemic period and hope that the 5th wave comes as late as possible?

I'm not pessimistic, I'm realistic. The choice is yours. This article is just my personal opinion:

Retrospective: Look back at your attitude and how you adapt to the pandemic

Take myself as an example, this year, I have been working remotely from after Tet until the whole Sun* Hanoi decided to implement remote working. The main reason is due to family problems such as the health of my children, grandparents, etc.

Although the remote working time is twice as long as that in 2020, I’m not as heavily stressed as last year. That's because I've implemented better stress-reduction strategies like:

- Being interrupted when working from home by surrounding factors is an obvious fact and requires me to be flexible in arrangement.

- Always keep your mind in the most alert state. The method is different for everyone. I choose coffee.

- Satisfy yourself with the things you like. It's not good to let yourself be stressed. Do what you like.

I guess that one can say that, instead of trying to make everything perfect, I have been able to compromise with the dark side of me to be able to satisfy what society and family require of me. Thanks to that, if there are stricter blockades in the future, I’ll know what I need to do and I’ll constantly improve those things to better adapt.

How about you, do you feel any different compared to last year's social distancing? Is this pandemic helping you to be more mature, calmer or is it still making you angry, stressed and longing for the end of the pandemic? If you're feeling increasingly stuck because of this lockdown, take the time to listen to yourself and present it to others. Because WHO itself has also spoken about the risk of depression caused by COVID. 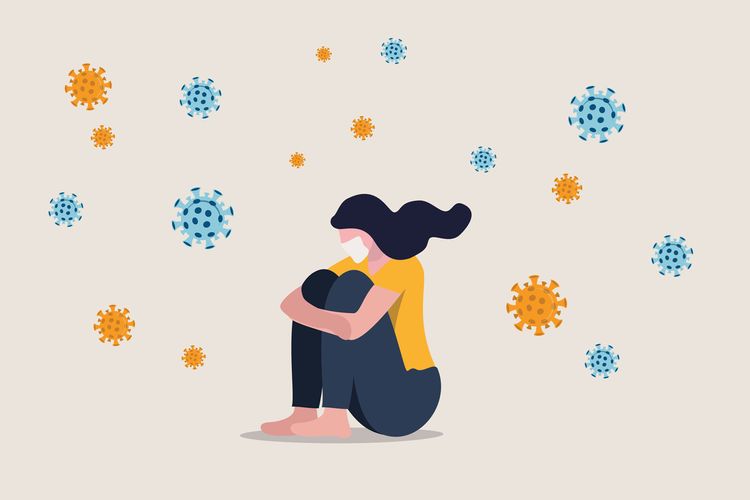 We are also threatened by depression due to COVID-19

Come to think of it, our Sun* was very timely when launching EAP Mental Health Insurance to support people if they are too tired and pressured in life.

Revitalize the Mind and the Body, aim straight ahead

After you have the mindset to cope with difficulties such as future epidemics, it’s time you review the direction of your life. Before COVID, everything seemed possible: you could travel to increase your experience, take any course at the centers to broaden your knowledge, meet countless people to find your own soulmate, etc.

But the coming days will be the days where society “Open/Close” without any rules: The city you live in can be comfortable, but the city hosting the conference you want to attend can be subject to social distancing at any moment. Or a distant friend that you have known for a long time and want to take it a step further may not be able to fly to see you because he is busy taking a 21-day quarantine tour at a certain quarantine camp, etc.

The big and small plans in your life will be disturbed at any time, and only heaven knows when you are allowed to do them. This is the time when you should find option B, C, D instead of just waiting for social distancing to end to implement plan A. 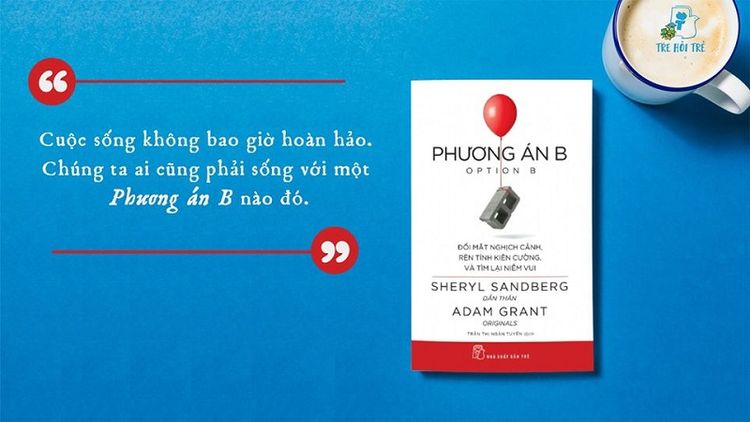 You can also read this book!

Can't continue to be normal, can't go on being mediocre

About the positive side of COVID-19, it has noticeably changed humanity's mindset. Take a look at some of the events below:

1. In 2019, when the fire broke out at Notre Dame Cathedral in Paris, the online community all over the world cried,  hashtagged prayers, called for donations and stuff. But when forest fires broke out in Vietnam and Australia which made millions of hectares of forests and species disappear, who cared?

2. When there is armed conflict, terrorism, etc. people only mourn for famous countries and places. And if those horrible things happened in some strange corners, how many people would care?

But COVID is different. Because it is a real threat, and its existence is far beyond the media’s ability to cover up.

Even though Western media tries to “draw a picture of” the government's achievements, it cannot be denied that their death toll is several times higher than that of countries that have strictly prevented the pandemic such as Vietnam, China, and Taiwan.

All infected countries share the same fear. 600,000 people died in the US, or mass cremation grounds in India made the people of Vietnam and other countries freeze in fear.

We all need a vaccine to tackle COVID

For the first time in my 30 years of life, I really feel the consensus of mankind when we fear something.

Politicians may make excuses that COVID is "just like common flu" (quoting Donald Trump) or may apply "free immunity" (countries which have been “wrecked” due to weak prevention). But the majority of humanity is working together to fight the pandemic, to change the perception of the rest and to quickly end this nightmare.

In the wars to protect the homeland, the people who fight are given an opportunity to make a difference, to shine a bright light that peace hides.

Similarly, this fight against COVID has given every single one of the 7 billion people on this planet a chance to live differently in a better way. I've realized that during the COVID-19 crisis, I care more about old friends living across Asia and long-lost relatives across the Pacific. I also easily give away my support to relief funds and friends who are having a hard time because of the pandemic.

As for you, the Sunner who has patiently read this far, are you ready to forget the saying "don’t talk about macro things" and embark on charting a new path for yourself as well as all of humanity? 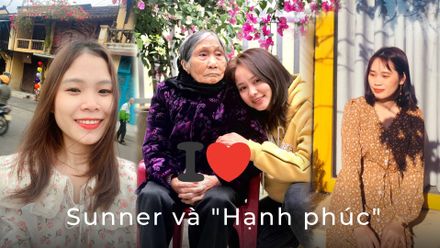 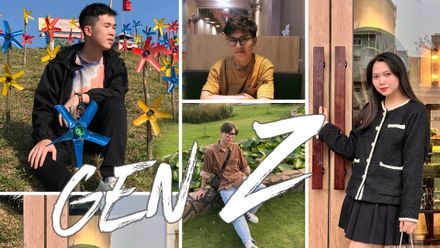 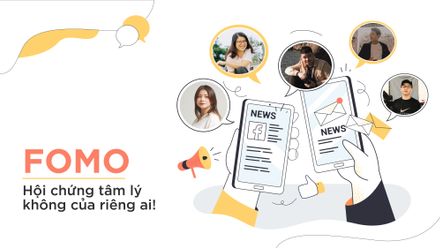